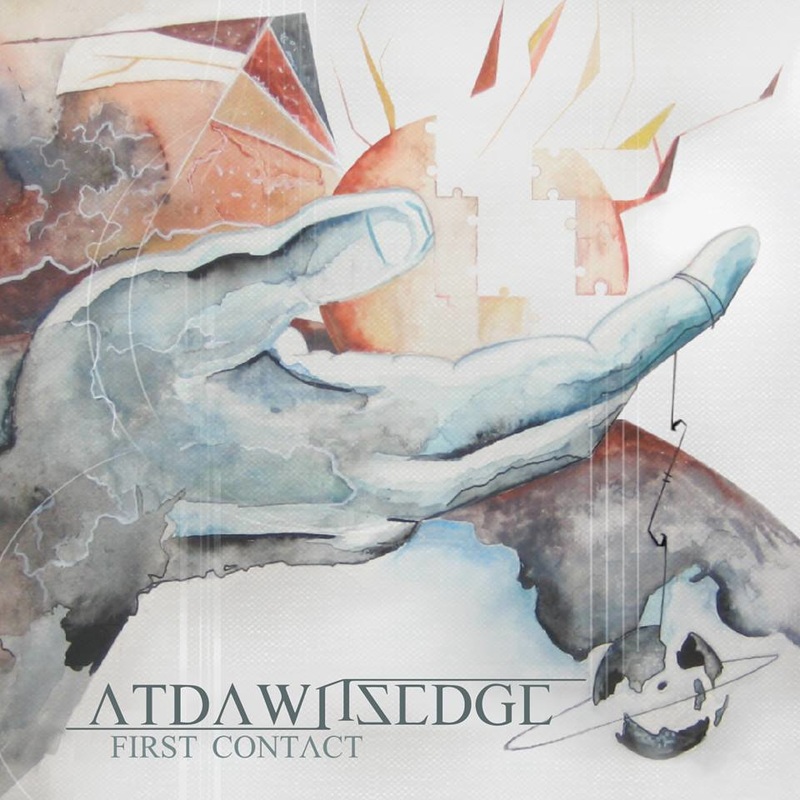 Venus' Rapture
Utter
From The Ashes

Toronto based symphonic/progressive band At Dawn’s Edge have released a three-track EP titled First Contact.  The three-track EP is compromised of “Venus’s Rapture,” “Utter” and “From the Ashes”.

With metal royalty like Nightwish, Epica, and Within Temptation dominating the genre of female-fronted symphonic bands, it’s hard to be taken seriously unless you are able to break the stereotype like Unleash the Archers and Kobra and the Lotus have, to a certain degree. Though At Dawn’s Edge have entered a much critiqued genre, I believe they are finally finding their niche. From first track to the last, the tunes become more enticing and unique showing their growth as a band. Opening up with a simple distorted riff, “Venus’s Rapture” opens up into a plethora of melodies that immediately got me grooving. Not only do the songs pack in a dozen different things happening at the same time, symphonic arangements, orchestrations and a bit of electronic effects add their own flair to the tracks.

Though starting off a bit squeeky and weak, vocalist Ashavari Joshi finds her way halfway through “Venus’s Rapture” and only improves through “Utter” and “From the Ashes.” From trying to stick to a high pitched angelic type of singing that does not seem to complement her vocals, she hits some more powerful style vocals and dips her toe into a bit of operatic style vocals that shows her vocal potential. More of a mezzosoprano than a soprano, Ashavari’s true power lies in a lower range which I wish she would delve into more. You can hear the difference in force when she switched to a range more becoming of her.  My favourite of the three has to be “From the Ashes” because you can get a real taste of the lower range in Ashavari’s vocals. As an added bonus, a tasty simple but sweet guitar solo adds power to the track as does the consistent headbangable beat. Throw in some progressive arangements near the end of the track and you have a song that defines At Dawn’s Edge’s style.

With the soft high vocals, melancholic and poetic lyrics paired with symphonic/progressive tunes, and even a bit of accompanying male vocals in “Utter,” At Dawn’s Edge shows a promising future in their genre. If you like the new Tristania, you will like At Dawn’s Edge.
Metal Master Kingdom's Album/Song review & Photo Request submission form here. ​​