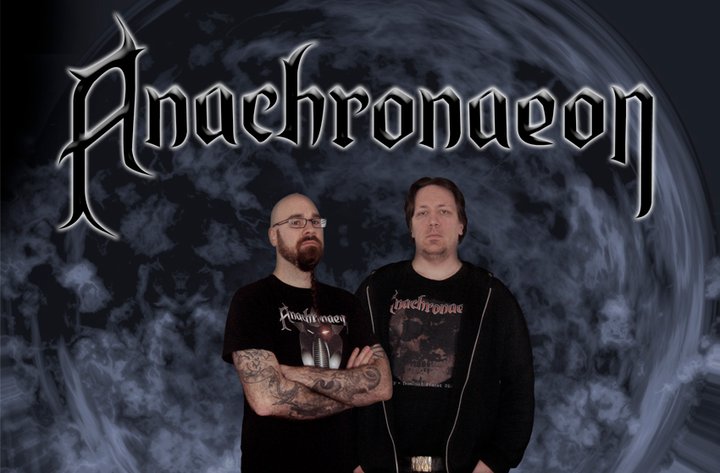 With Andreas Åkerlind on drums and Patrik Carlsson on guitars, bass, vocals, keys, the band ANACHRONAEON evolved from the ashes of the band known as Human Failure in the year 2002.
After a few line up changes throughtout the following years, ANACHRONAEON signed up with the Russian record label Stygian Crypt Productions in 2007. They released 3 albums with the label prior to the new release of 2012 titled "THE ETHEREAL THRONE" which I am reviewing today.
Title tracks on "The Ethereal Throne":
1. Mary

2. The Essence of My Becoming

4. The Whereabouts of My Father

6. Seeds Of Darkness Sprouting In Light

9. A White Dove Flew Over The Prison Walls (Instrumental)

I have to admit that I was taken aback slightly with the lyrical content of this cd. Was this written from a religious viewpoint, whether that be related to God or Satan? After listening to and viewing the written lyrics, I soon realized this was not an overzealous bible thumping album concept. Rather, a story like admission of the inner thoughts of one who kills and questions the purpose or the end result of his homicidal actions.

Musically this two man band has ensured that all the elements of death metal are in place. With pummelling drums, and bass that lends a solid force for the lead guitar to wander with precise riffs. Beautiful melodies have been achieved, but would be greatly enhanced with a fuller sound. I would like to see this band expand with more members, fill in some of the gaps, and get even more creative juices flowing. This album marks a step up in the evolution of ANACHRONAEON.