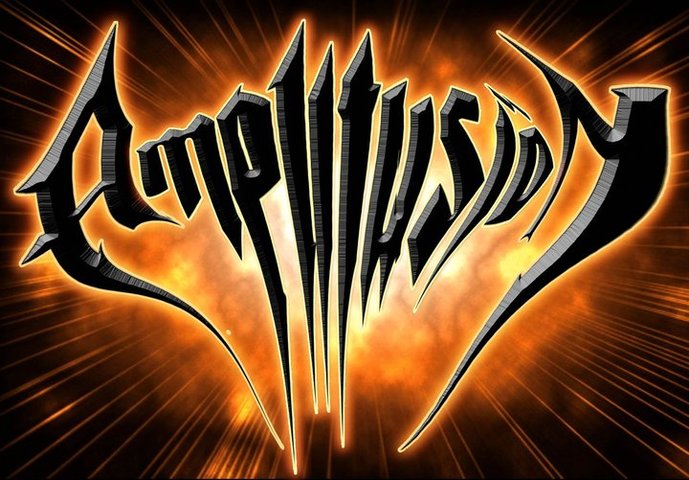 Living in Toronto allows me the opportunity to see shows more often than most people. I have been invited to see the band Amplitusion for the St Patty's day festivities lined up at The Opera House that was put on by Wingspan Promotions. This show was a mix of many types of music, from rap to METAL. I have to say the bands that started the night off were not my cup of tea, as I am not into rap or hip hop. None the less, I stuck around for Amplitusion to play!

I have been told of the “crush” hand and I actually had the priviledge of encountering it first hand, so to speak! The massive mitt on James can be intimidating, but his smile soon puts you at ease.

We were asked if we were ready for the “crush”. I answered with a resounding HELLYEAH!! Once the band started we are introduced to a heavy groove laden beat with complicated rhythms, chaos ridden notes, and an over all roller coaster of sound!

I will give my interpretation of two songs.
Hypothalamuscle (single from the debut album, Darth Brutalus)
Heavy groove beats accompanied by a full barrage of guitar hooks. That scream is spine tingling. The breaks give us electric fire on guitar with brutally perfect placement of drums beats.

Alpha Predation – The Feeding
The entry to the song is filled with keyboard notes that allow us to think of tiptoe steps when one is hiding or when a stalker sneaking up on prey. The dark, heavy rhythm of the drums gives way to ominous intermittant vocals, but then the drums speed up and slow down to accentuate the storyline. This progression and descenion lends to the overall theme of being stalked and being the stalker!

While  attending an Amplitusion show your audio sensory receptors will be tickled, pummelled, and tittilated with the very commanding vocals of James and integrated theatrical laden notes from all the instruments.

Their songs entice the visual mind as well as the auditory senses as each tune has its own theme and storyline. The entire show is lent to ones imagining the song, not just listening to it.

And for those wondering where Amplitusion is based, all you have to is listen to the tune “A Crushing Night in Canada” to know this song is based on our much loved national sport of hockey! Thanks to the band for reminding us how much we love the ice laden sport!

I have been treated to a band that deeply loves and cares for their music and will move your imagination to the outer realm of METAL as you know it.