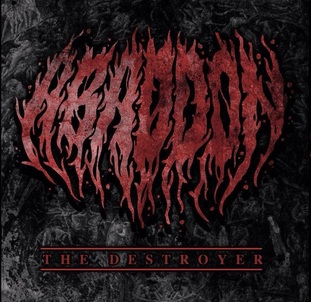 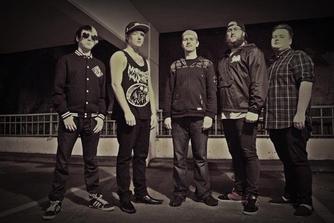 On this tiny island we have a five piece death metal/beat down band hailing from the depths of Nanaimo, BC. They're called Abaddon, which means the epitome of destruction and a dwelling place for the dead. Also known to the Greeks as, "The Destroyer". With a name as unique as this one, you can only imagine what new sound these guys have to offer.

The overall artwork is fitting to their sound; the logo is still legible although complex, full of anticipation and wonder, making the listener feel excitement and a surge to speed down the highway with this EP on maximum volume.

At the end of July this year, they released their five track EP titled The Destroyer, clocking in at just over eighteen minutes. Right away, when you plug into their first track, "Dreams", you hear amazing guitar work, drumming in sync and harmony, all the while your heart begins to race. This song also features Andrew of Galactic Pegasus, who accents everything so well.

Jordan's vocals are aggressive, strong, and full of power. The vox make the listener want to simply break everything around them, destroy their surroundings, and cause complete chaos.

With the second track in tow entitled, "Tables Turned" makes you think about perspectives and how other people see things. Although it's a much harsher punch line, it still puts you in thought. Pig squeals just add a finishing touch halfway through.

Throughout this entire EP you'll find that each song blends into one another, making you feel like it's one long song.

"Empire of Dirt" comes in right after yet another huge breakdown at the end of “Tables Turned”, making the vocals, instrumentals, and intensity build up. With three guitarists working away at blowing the listener's mind, it's no wonder it's so heavy.

The Destroyer's ending is abrupt like an open ended movie, making you crave more and trying to figure out what they'll come out with next.