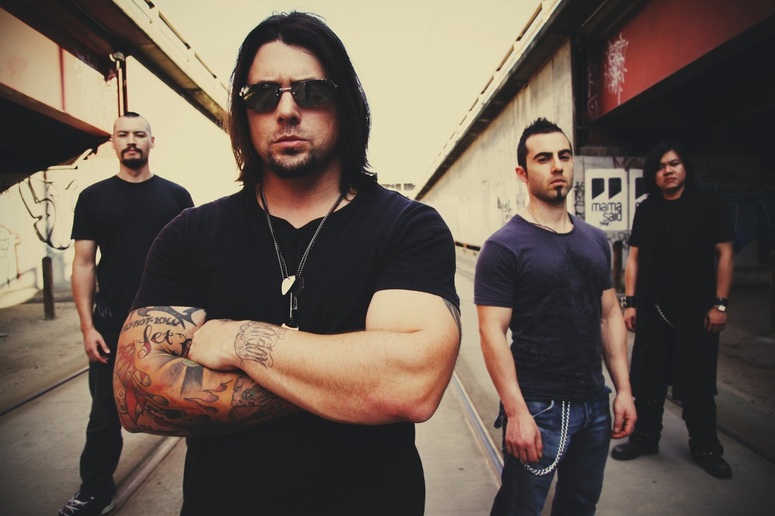 Websites:
http://www.4arm.net/
https://www.facebook.com/4ARMofficial?sk=wall
Song titles from Submission for Liberty
Sinn Macht Frei (verbatim intro to next title)_
While I lay Awake
Raise a Fist
Submission for Liberty
The Oppressed
I will not Bow
Taken Down
My Fathers Eyes
The Warning
Blood of Martyrs

We are introduced to 4ARM in 2005 with the release of their first full length album titled “13 Scars” after forming in 2004. This garnered the band a spot as one of the 5 top metal bands in the 2006 Music Oz Awards. After numerous endorsements with sound equipment companies, radio air play time, and getting gigs at the top metal clubs, the band was able to maintain their hold on the thrash scene in Australia.
n 2009 the metal world received the next release titled “The Empires Of Death” from 4ARM which gave the band further opportunities with other endorsements including Rockstar Energy Drinks.
In 2010 4ARM would embark on a headline tour of Australia, the 'Crush the Empire Tour', as well as playing with international act Testament on the Australian leg of 'THE DAMNATION TOUR'.
As for 2011, and after a tour with the bands Destruction, and Mortal Sin, the band entered the studio for their third album recording. I have been fortunate enough to have the chance to listen to this new material and view the album cover firsthand. “Submission for Liberty” will drop on February 6th, 2012!!

I have awaited this album with much anticipation, and I have to say that 4ARM has not disappointed me with any of these recordings. The tone is set with the opening of Sinn Macht Frei as we listen to the speech of the doppelganger barber of the Great Dictator. The link to the movie this speech is derived from can be accessed here:

From the first song “While I lay Wake” right through to the final song “Blood of Martyrs” we are taken on a journey of societal oppression from the leaders of the captilism, the political scene, and even within our own family units.

I have listened to a brilliantly contructed thrash album. From the freight train of drum beats, to the concise precision of the bass, to the ever intricate guitar melodics and riffs, to the angry ridden vocals, we are given a current blueprint to writing, performing, and producing thrash metal for all others bands to follow.

And finally I must make reference to the artwork on the cover and the disc itself. With the help of my son and his vast historical knowledge, I have been able to identiy the industrial building that is very evident on the cover and is also featured throughtout the insert. The iconic Battersea Power Station which was built on the south bank of the river Thames in London. This superstructure makes for an informidable representation of the industrial capitalists, and greedy policticians of our society.
The artwork on the disc itself is an inverted version of Freemasonic imagery of the great pyramid, and the all seeing eye which we all know from American dollar bills.

It is apparent to me that 4ARM is very capable of putting out heavy hitting metal, and also able to deliver a powerful message with their lyrics, and the choice of artwork that represents "Submission for Liberty"!