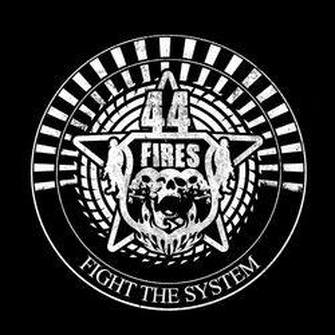 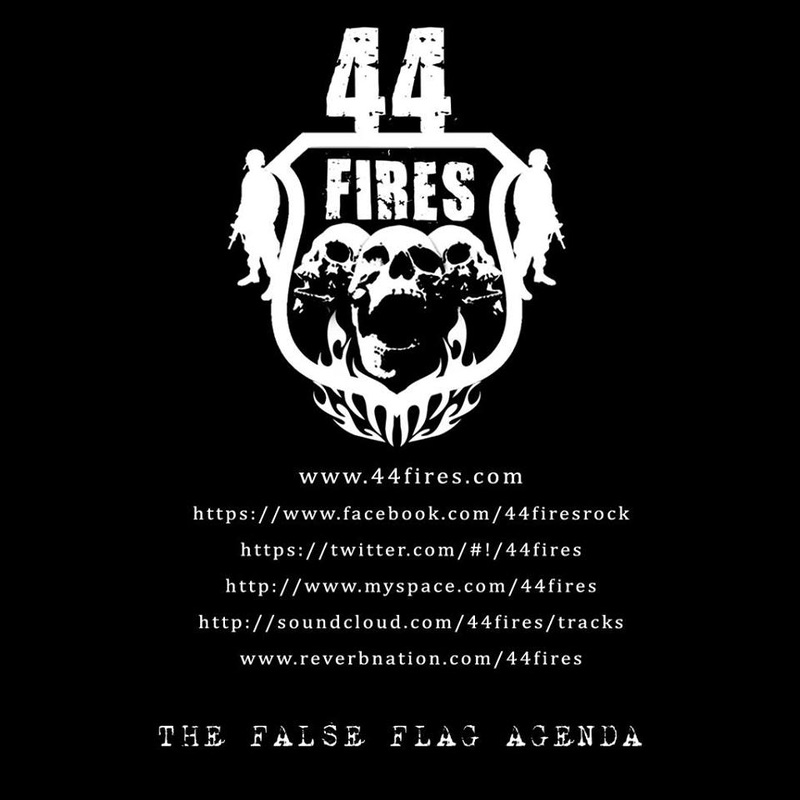 I can never listen to enough of 44 Fires new music, so when Brian Small informed me he had a new EP for me to listen to, I wasted no time downloading the music. My plans immediately were placed on hold while I listened to the three songs he sent. I was not disappointed, and instead of getting back to Brian with my thoughts about the new tunes later, I fired off a quick message telling him my opinion of the music.

For those of you unfamiliar with 44 Fires, I suggest you settle in and listen to the growing catalogue of music this extraordinary band has released. Click on the various links below and you will discover a band that lives up to its self-described label as being a Political Metal group. Their music is composed and performed with a sense of urgency and honest passion, a need to get their messages spread as far wide as possible to as many people who are willing to listen.

Ingrid reviewed 44 Fires last year for Metal Master Kingdom, so I won't discuss the songs she already covered that are on The False Flag Agenda. Instead I will touch on the three songs Brian sent me last week to enjoy.

"Army Beside Me," I enjoyed all three songs, this one I absolutely loved. Reminds me of the urgency that Rage Against the Machine used to express. I'm reminded in particular of the song,"Killing in the Name Of".

"Idiot!" I like the immediacy of the song, that matter-of-fact punch in the face that says, “okay, you are done…your time is at an end...here we come.”

Their new anthem, “Freedom”, comes from a long line of songs over the years about human desire to be rid of the shackles of the overlords who rule with no thought at all. It’s about the people whose lives they ruin, and don't expect you or the people to rise against them. The vocals are especially enjoyable in this tune. In the year since I have been listening to 44 Fires, the style of vocals in this song shows an even greater maturity and diversity than I expected.

"Freedom...that's what is needed now! We're the ones who are gonna make you pay!"

I love my Metal loud, raucous, angry and pertinent to what I see is occurring around me. 44 Fires gives me that and more. Pounding, rolling drums that keep my old anti-authoritarian heart pumping, heavy bass holding everything together like the sounds of a constant barrage of artillery, squealing, scraping and tortured guitars that remind me of an ancient metal colossus grinding its gears again.

44 Fires has no doubt become my favorite political band, alongside my dear old standby, Rage Against the Machine.